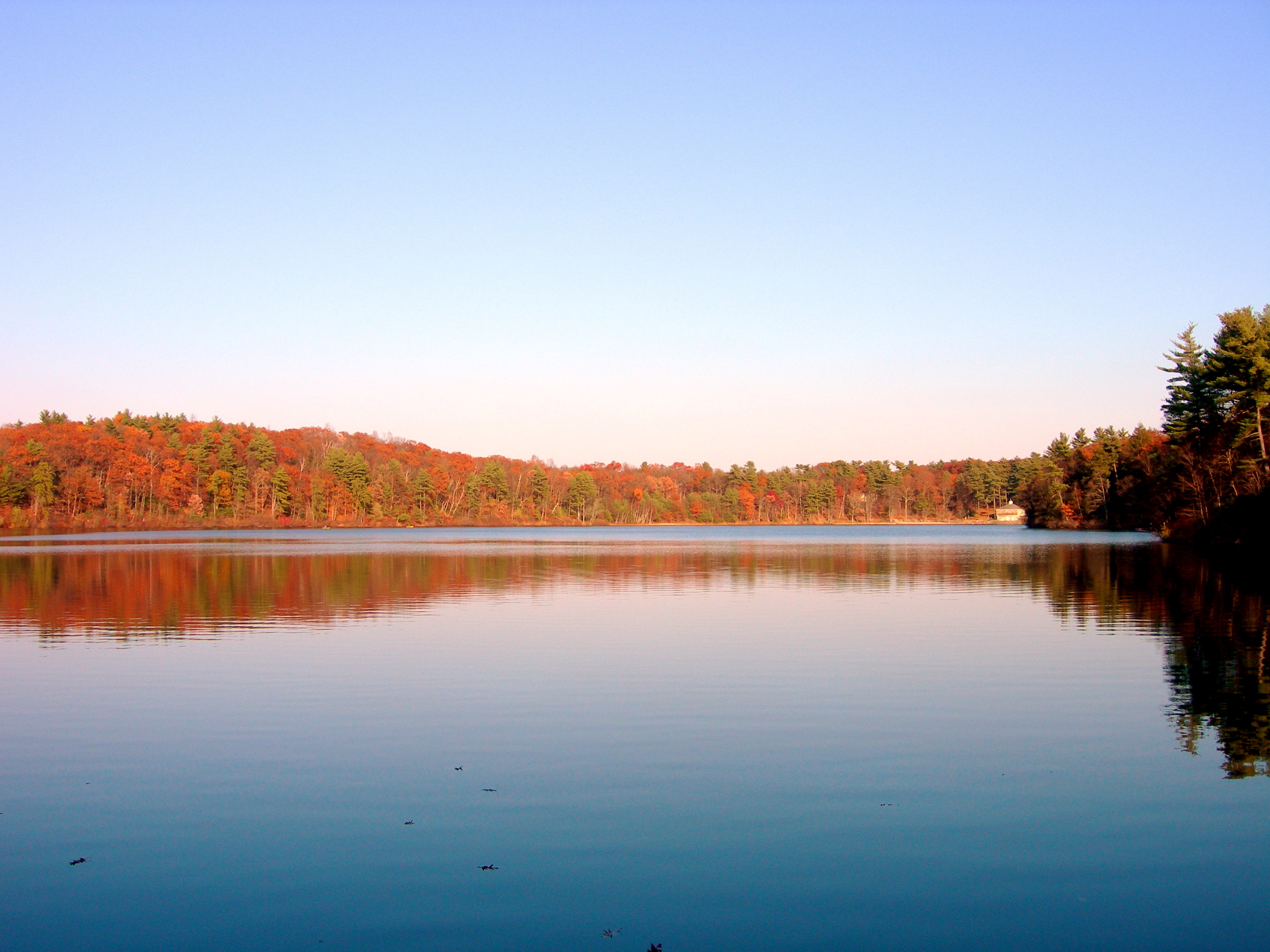 The French today are so insecure that they even queue to get off the train. On inter-city trains French commuters now stand, jostling for position in the central corridor a full ten minutes before the train pulls into the station. It’s as if they’re scared that they won’t have time to get off, poor stressed commuters that they are. In the old days, only pensioners displayed this kind of anxiety, but now it’s everyone – the office-worker in a hurry to pick up his car from the car-park, the rich-bitch, worried someone will steal her case from the baggage shelf, the husband whose wife is waiting for him on the platform, the businessman who needs to get the first taxi in the queue... Others are worried about missing a tube train, terrified they will have to wait a full five minutes for the next one, and the youngsters, well they just follow the crowd, they don’t even have the time to wonder why.

Remaining still in the midst of this frenzy requires nerves of steel - it’s an act of political resistance. Some of the stressed commuters look at you as if it is your self- control that is the anachronism, as if it’s you behaving absurdly through refusing to join in the polite stampede. But most are too busy concentrating their full attention on the front of the queue – trying to discern the first micro-movement towards the door. This hysterical cramming in the central aisle causes an eerie silence, the silence of a depressed nation told to hurry, a nation brainwashed into considering each moment as its last – the very last chance to run and push and, if you’re lucky, maybe just grab yourself a new sensation.

The idiots stand, toe-to-heel, even though we’re still ploughing through the countryside at two-hundred kilometres an hour. The next station is still unannounced. And it’s not a desire to move forward that is driving them – it’s the terror of being let behind.

Anxiety can be useful. It serves to avert, to forewarn, and to prepare us for what is to come. But what’s the point here ? What is the point in this obsessive terror ? For there is clearly no cause ; nothing specific has ever happened to cause such a weird mania, nothing, that is, except the mania itself.

They can improve the trains, offer deep plush seats, subtle mood lighting, sound absorbing carpet, and have regular broadcasts announcing the availability of hot and cold drinks (imagine the next step : hot, cold and luke-warm ?) – all announced over the intercom by a smooth gay voice, a fabulous subliminal way to introduce queer culture to the masses, n’est pas ?

But none of it helps. All the stress so thoughtfully removed from the travel experience is replaced by a brand new, self-made stress - the stress of being overtaken. The traveller wants to be first off the train. He never is of course, but there’s always next time, or the time after. Maybe, one day ... if he just tries hard enough. And soon we’re going to need multi-million pound poster campaigns just to convince people to stay in their seats.

There is nothing to be gained by this competitive anguish, not for the individual, nor for society. Commuters have never had so much free time and yet they still think it normal, these otherwise reasonable men, women and children, to push and shove - toe to heel, Diesel backpack to hundred-pound piss-stained jeans - for as many minutes as the battle takes, a battle required by... no one. It’s just their choice. And they’re always up for more of the same, always happy to re- run the scene. It’s such fun !

These same people laugh when Borat’s chicken escapes in the New-York subway, never pausing to thinking that they themselves behave the very same way. It really is time that Ali G discovers la France and our inexhaustible supply of idiots, just waiting to be filmed.

My first realisation that we had driven into a cultural cul-de-sac, came in the very first months of the twenty-first century. I realised I was earning too much money. I know that in these times of high unemployment and widening rich-poor divide, it’s pretty much taboo to say so, but it’s true. Without looking, new work, fresh articles just waiting to be written kept popping up in my email inbox. For a journalist like myself, the Dot Com boom was producing literally endless opportunities. I could see that my yearly tax bill was increasing exponentially without any effort on my part – after all, I was paying in four different salaries. The most recent, for Samsung’s website, was starting to tickle my conscience. Every week I wrote a music column for Samsung. A column they never printed, not even on their website. No one was reading it because it was invisible. My only contacts with these distant employers were their regular, generous payments for the “work” rendered. It was surprising.

My life to date hadn’t exactly had a lot to do with wealth, so finding myself close to such absurd waste was a new and thought provoking experience. If a company is mad enough to pay me for texts that no one reads, then it was, I decided, their own problem. And anyway, I was only at the end of a long line of wastage after all.

My collaboration with the magazine suspended, it became clear that my line of work – journalist - would be one of the first to suffer in the current economic slowdown. Comparing last year’s taxes to be paid from this year’s reduced earnings, it was easy to see that I had a problem. And so I began to think about strategies for change.

I made economies, and I started to enjoy not spending my money on the endless stream of “stuff” that city dwellers feel obliged to have. I even started to feel strangely proud when I got through a month or more without buying anything at all. This was new for me - for years I had been spending in advance and then running to keep up with myself as I paid for last summer’s holiday along with the printer’s bills and rent demands which dropped endlessly through the letterbox.

Finally, I came to my decision. I would decide to earn less, and over the next four years, by desire and willpower I did just that. I watched my tax bill sink. True self-sufficiency started to tempt me some time later – living with the minimum, banishing desire, living without the stuff everyone around me seemed to be running after – the idea became more and more appealing. For an individualist city-dweller who had spent the last twenty years in Paris, could it be that freedom wasn’t to be found in having the income to buy anything, but instead in the premeditated desire for nothing ?

So I left the capital for a tiny village in Normandy. I knew that this isolation would stem the personal attacks against me – attacks against my militant campaigning about AIDS, safe-sex and gay sexuality in general. But it would also be a step further in simplifying my life - reducing opportunities for both spending and earning. My isolation in the depths of Normandy clearly wasn’t going to help as far as interviews were concerned.

I started to refuse work that smelt of wages. I promised myself that I would only work from the heart. And the sentimental solitude, which my move to the country implied, would, I started to realise, help me get in touch with that heart. This freedom of lifestyle, I understand now, is the foundation of my freedom of expression. At forty-eight, finally, I have managed to free myself from the financial and political pressure that has dominated so much of my life. I’m out of the public eye, and I have got what I once only dreamt of – less work and more time ; time to explore a mysterious, incongruous passion that grows stronger day by day – nature. As far as my tax-threshold is concerned ; I reached rock bottom about a year ago : a hundred and thirty-eight euros a month. I had made it ; I was chuffed.

But I didn’t dare tell anyone. With so many people apparently struggling, it didn’t seem clever to shout about it. A couple of months later, though I did tell a single friend. I explained that it was largely due to my finding this great cottage (it’s twice as big as my flat in Paris for only a third of the rent).

“C’est formidable !” he said. “You are becoming Henry David Thoreau !” “Henry who ?” My friend took on a mocking tone. “Don’t worry,” he said. “He’s just one of the most important American writers of the 19th Century ?”

A few days later, Walden dropped though my letterbox. The event felt for some reason important – too important for me to simply open the book and start to read. A quick glance at a few random pages confirmed the impression and left me feeling edgy and excited. This book was the perfect reflection of everything I had been thinking, everything I had been living.

Like most gay men, I had never heard of Thoreau. One might think that in creating Act Up in 1989 I could have stumbled upon his seminal text about civil disobedience. It would have been reasonable if my admiration for Walt Whitman had led me to discover his contemporary, or maybe that in reading about Gandhi or Martin Luther King that his name would have become lodged in a niche somewhere in my mind. But no, not even my adolescence - lived in the full counter-culture of the seventies - led me to Thoreau.

Walden sat on my bedside cabinet for months. I was convinced that once I started it, it would devour me whole so I did what I always do when scared or lost, I asked everyone around me for guidance. Had anyone else read Thoreau ? Some might suggest that my friends are ignorant, but it’s honestly not the case. Still, no one, but no one had ever heard of Thoreau. Only my big brother, Thierry, remarked, on glimpsing the book in my rucksack, “Ah, you’re onto Thoreau. You’ll finally be of some use to the world.” Humour and mockery - I wasn’t insulted or upset, after all, it’s what big brothers are for.

When I Googled Thoreau the deluge of responses drowned me. Too many similarities between his life and mine maybe. But Walden was a revelation. Thoreau’s values : ecology, slow-culture, down-sizing, mediation, observation, nature, solitude, wisdom... are all so far removed from the current flow of gay culture, it was like shifting to a different planet.

After "The End", a sombre tome, exploring my anger at the attitude of gay men facing the resurgence of AIDS, I knew I needed to take a step back. Friends visiting my new country cottage asked how this new lifestyle would affect my writing. They asked me what I would do next, what I thought I would write. I knew I wanted to write about nature, about gardening, about living alone and its implications for my sexuality, and how all for that has ended up influencing my world-view. Of course, plenty of books have pondered these subjects, but it seemed to me that they lacked a common thread, a stabilising agent, a detonator maybe. Then Thoreau fell upon me by chance, and chance is always the most beautiful of apparitions. Thanks to Thoreau it all became clear.

I could write about politics and history, protection and revolt, radicalism and calm, retreat and new beginnings, and Thoreau, in his wisdom, would link it all.