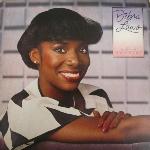 Leprechaun ! Don’t you want to revival it a tinsy bit ? And Silver Platinum (only a coupla hits on Youtube). Oh my god, that was the week The Strikers went out ! And Empress ! When I was dancing to that tune, I thought I was gonna really die for dancing !

sigh I can’t find the vid.

I like it so much. And what a zanny name, Leprechaun !

4) UNLIMITED TOUCH : "Searching To Find The One"

When you were a Chic fan, there was many leftovers which were just as fab as the original. This is still wondrous.

Oh it’s no fair ! This song ain’t on Youtube.

I listened it 5 times in a go last nite before going to bed. Can U ?

It’s glowing from all sides ! Check out the lyrics, 1981 was onother time of economic crisis

Mellow, sweet, but that would still get to the danclefloor in a blink

For the record, my bro Lala always said that the Al Hudson + One way was one of his best disco records of all time. But that was later.

A not too common hit in France but I remember hearing that miauling bass in a record shop and got in, just like sniffing good air.

OK, it’s such a famous track that I give you the instrumental François K version that so cool it freezes your brain for the rest of the day. Prelude rocks.

The way they turn the ground around with that bass that goes right under your feet. I prefer the short version though.

This was NOT big in France I think.

You can tell gay Hi-NRG is taking shape.